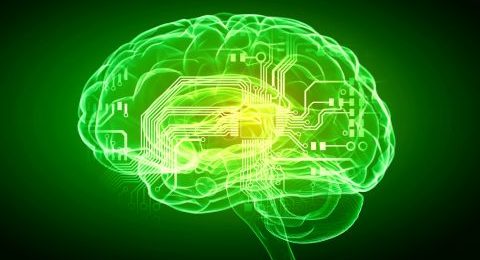 A number of years ago, it was normal practice for offshore contractors to win major offshore wind turbine installation projects using non-propelled jack-up barges supported by tugboats and anchors for positioning. This was the established way – it was safe, reliable and efficient.

Then, in around 2011, the introduction of second-generation jack-up vessels brought Dynamic Positioning Systems (DP systems) into play. This became the new ‘state of the art’. In the typical progression of ‘order winners’ becoming ‘qualifiers’, today, vessel owners are not even invited to tender if their installation vessels are not DP2-capable.

If you consider offshore lifting operations of large components such as turbine blades, there is a strong parallel to that of vessel positioning before DP2 became the industry standard. During the lift, manual winches, people with ropes and, in some cases, simple constant-tension systems try to keep the blade under control during the lift. You could compare it to the tugboat-and-anchor method of positioning your jack-up barge.

‘2’ refers to redundancy, where a vessel has two independent systems for keeping the vessel in position, should one fail. DP systems allow the jack-up vessel to position itself based on GPS signals and keep this position to within an accuracy of 1m until the jack-up legs are lowered and the vessel lifted out of its normal draft. This is done without the use of tugboats and anchors – it is the state-of-the-art way of operating your vessels safely and efficiently in offshore wind.

In much the same way, offshore lifting operations can be performed safely and efficiently – but only when conditions are right. This is in wind speeds of 12 m/s or less (as low as 8 m/s on some current projects).

But what if there were a better way? What if you could apply an intelligent positioning system to lifting operations similar to the principle of the DP system? Such a system could position the blade to a few centimetres’ accuracy and allow for installation in wind speeds of 15m/s. And what if it were actually possible today and not in five years’ time?

In fact, technology such as this for lifting operations does exist today. One example is the Boom Lock system developed by High Wind. This is an intelligent guidance system mounted on the vessel’s crane that enables the safe, accurate lifting of turbine components. It has been thoroughly tested and certified by ABS to lift components at wind speeds of 15 m/s with gusts as high as 20m/s.

So why is it not yet standard practice across the industry? Innovation takes time to be accepted. One could look back at the evolution of DP2 vessels. Vessel owners with tugboats and anchors resisted the move towards DP2 for as long as they could. It’s what they knew best and it worked.

Eventually, however, first movers in the industry began to see opportunities for improving efficiencies. Vessel owners such as MPI Offshore, A2SEA and Fred. Olsen Windcarrier began to invest in DP2 vessels and make them available to wind farm owners. It didn’t take long for clients to see the benefits in terms of quicker installation time and safer working conditions – parameters in which the offshore wind industry still needs to raise the bar. Others could see the benefits, too, and before long, all project owners began to demand DP2 vessels in their tenders.

In the case of intelligent guidance systems, there are barriers limiting its rapid entry to the market. Perhaps the biggest barrier is contractual. Indeed, it seems that in some quarters, the resistance to change is a result of protecting current competitive advantage.

Current contracts do not make provisions for intelligent guidance systems, despite the documented opportunities for greater certainty and reduced installation costs. They are not considered part of standard operating procedure.

But the question remains: is this good for the industry? As consumers and governments are demanding lower costs from renewable energy sources, should the offshore wind industry be satisfied with the current maximum wind speeds? If we look at the cost savings due to more working days and better vessel uptime, there are significant upsides.

Towards a new industry standard

Today, it is the responsibility of the turbine manufacturer to supply manual winches and simple constant-tension systems for use in offshore lifting operations. It is the responsibility of utilities and developers to tender for intelligent guidance systems and to include these in the scope for the vessel owner or contractor. Yet there is little incentive for vessel owners to do this, as they would need to foot the bill.

Vessel owners who are willing to invest in intelligent guidance systems, which will raise the wind limits during installation, should be rewarded accordingly.

It will likely take a far-sighted first mover to begin to include intelligent guidance systems in their standard operating procedures for offshore wind lifting. Once that happens, the benefits will be clear to the industry in general, which will be an important step towards their adoption as the industry standard – just as we saw with DP2 systems.

See a video of the Boom Lock – an intelligent guidance system – in action.