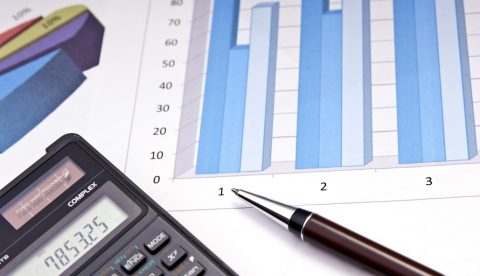 Maximum wind speeds have a significant influence on costs and time required for offshore wind turbine installation projects. The maximum wind speed is the speed at which it is no longer possible to lift major turbine components (nacelle, tower and blades) by a jack-up vessel. The restricting factors are crew safety and equipment damage due to instability of the load during the hoist.

Kate Freeman and I recently performed an analysis of the main factors contributing to project delays and cost increases. Importantly, we have also analysed the impact of increasing the maximum wind speed – such that lifts can be performed at higher wind speeds. We looked at the potential savings by being able to complete offshore wind turbine installation projects in higher wind speeds.

The full analysis is available for download. Here follows a summary of the analysis presented in the report.

Our analysis shows that for a model 500MW installation project featuring 8MW turbines and starting in April, increasing the maximum wind speed from 11m/s to 16 m/s will have the following benefits:

For an October start, the benefits are even greater:

We also concluded that the lifting process is a more significant factor for weather downtime than wave heights. It is also very clear that the risk and cost implication of project delays or planned turbine installation outside the summer months are significant.

Our calculations are based on a 500MW wind farm using 8MW turbines. The data for programme starts for the first five days of April were averaged. The analysis is based on time-sequence data obtained from Race Bank, scaled to achieve a 10m/s average at 110m. Wave heights were also scaled based on joint occurrences in raw data. Jacking up and down limits at significant wave heights of 2m in 4m/s winds at a depth of 20m.

Cost calculations are based on €155k/day for waiting and €165k/day for active full vessel costs (including crew, equipment, project management and services). Earlier generation savings are estimated at €400k/day.

Financing is based on 75 percent debt financed and a borrowing rate of 5 percent repayable over 15 years.

Based on these assumptions, our findings are described below.

We considered the ultimate ability to reduce the levelised cost of energy by increasing the maximum wind speed. This is achieved through:

For a normalised April start, the levelised cost of energy (LCoE) would be reduced by more than 0.7 percent if installation can proceed at wind speeds of 16 m/s compared with current normal maximum wind speeds of 11 m/s. For an October start, the reduction in LCoE would be 1.6 percent.

We also looked at the days saved over the entire construction period for a 500MW wind farm using 8MW turbines.

We worked with an 11m/s baseline for the usual maximum wind speed for turbine lifts for modern jack-up vessels using a five-lift strategy for the tower, nacelle and three blades. Downtime for turbine lifts is significant even for an April start. A project could be expected to lose 28 days in total, of which 26 are due to component lift limits (with 16 caused by blade lift limits alone).

But increasing the maximum wind for lifts to 16m/s would result in only six lost days from component lift limits.

For an October start, the savings are even greater.

At 11m/s maximum wind speed, 123 days are lost, of which 107 are turbine component lift limits, with the remainder due to jacking limits. At 16m/s, however, only 42 days are lost.

Increasing the maximum wind speed also has an impact on the Internal Rate of Return (IRR).

For an April start, IRR improves by close to 0.3 percent at a 16m/s maximum wind speed, and as much as 0.7 percent for an October start.

The differential between 11m/s and 16m/s is quite significant. Based on time-sequence data from the baseline site (Race Bank data adjusted to a 10m/s average wind speed at 110m hub height), wind speeds occur in this interval for 26 percent of the total time.

We also investigated the relative influence of wave height against wind limits. Wave conditions are moderate with only 16.5 percent of waves greater than 1.5m in significant wave height (Hs). As modern jack-ups are capable of handling at least 1.5m Hs, it is clear that the lifting process is most susceptible to weather downtime.

In our opinion, such gains will only be possible with the use of different technologies and procedures than those commonly used today in offshore wind turbine installation projects. The intelligent guidance system (Boom Lock system) developed by High Wind is an example of such a technology.